← more from
Baby Blue
Get fresh music recommendations delivered to your inbox every Friday. 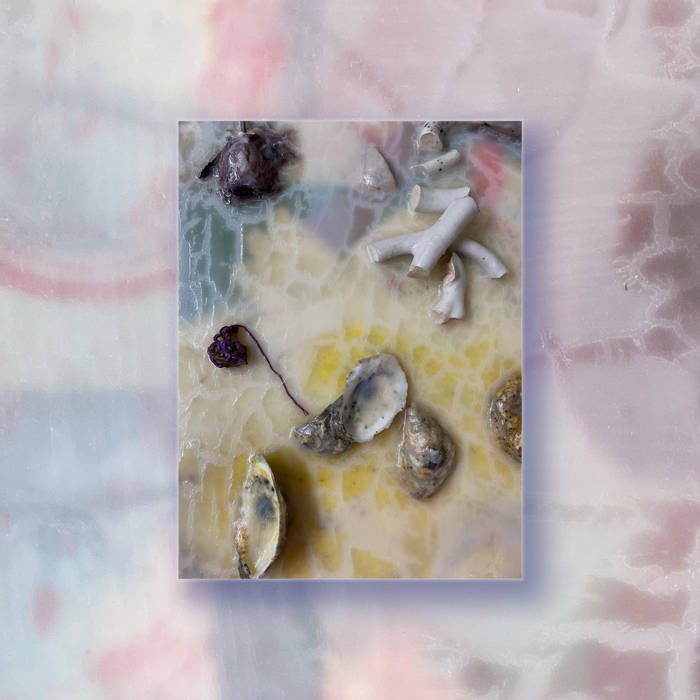 Kabir Kumar These 9 pop songs feel timeless to me, like they could have come out any time in the last 60 years, but somehow they address our current, self-inflicted climate apocalypse and the ongoing destructive train of human history with a delicate and surprising sense of song craft that feels like a deep, beautiful well of empathy. I know I can use that right now. Favorite track: Card Captor.

Spencer Sapienza "I hear the songs of Georgie Gershwin"

“I think of myself as a late bloomer, a lot of obvious things have only recently started to appear obvious to me,” says Miguel Gallego reflecting on intuition and his creative practice during the peak of the 2020 pandemic. Currently based in Brooklyn, New York, Gallego grew up in suburban New Jersey to parents from Mexicali, in Baja California. It was in these early days in New Jersey that Gallego formed an important, slightly enchanted relationship with nature, which lent itself to both obvious and not so obvious realizations about the world around him. Gallego cites vivid childhood memories of days living beside a “bizarrely bucolic” creek straddled by woods in suburban New Jersey and the palpable effect it had on his definition and perception of nature. He learned years after moving that what he thought was an escape to a world untarnished by human involvement was in fact man-made, an artifact of a previous era with a very intentional design. This realization lent itself to an intellectual growth spurt; Gallego learned that our surroundings often grow in complexity the longer you take them in.

These formative experiences with nature have eerie parallels with Gallego’s first forays into music. Gallego’s fascination with songwriting began early, eventually extending into a recording practice that began when he received a Tascam digital 8-track as a sixteen year old. It was not until six years later that Gallego assumed the Miserable chillers name and became more active in NYC’s local music community. In the years that followed, Gallego took time to find his voice as a musician, and meditated heavily on what kinds of stories he needed to tell. He went on to release three EPs and a handful of splits, including 2019’s meandering and improvisation-heavy Schoënblintsjia, refining his craft as a songwriter along the way. Gallego is now getting ready to release his debut full length, Audience of Summer, a record that explores this strange and premeditated experience of going outside and the inescapable impact of climate change.

Over the past six years, Miserable Chillers has shifted from a bummer pop act grounded by indie rock guitars to what can now be best described as literary baroque pop. Audience of Summer is not only the product of afternoons spent listening to Prefab Sprout, Clube da Esquina, and Kate Bush, but also an amalgam of imagination, myth, and deep contemplation. Pulling heavily from Annie Dillard’s Pilgrim at Tinker Creek, Audience of Summer is deliciously esoteric, and brilliantly arranged. Recorded, produced, and mixed by Gallego himself, with additional sound design by composer and producer Connor Hanwick, the record also features contributions from friends and collaborators like Jeremy Stoddard Caroll on pedal steel guitar, Sarah Goldfarb (Red Widow, Ovaeasy) on cello, Megan Braaten (You’re Sister) and Kabir Kumar (Sun Kin) on backing vocals, among others.

All of these parts and personalities come together with expert precision. Listening to “La nave del olvido,” an early track on the record, synth parts get prismatic, and textured percussion gives the song a hazy depth that feels plucked from a heat wave. “City of Eyes,” the record’s oldest track, uses field recordings taken in industrial East Williamsburg, and references an essay by the writer James Agee. “All the lordly idiot light/in the morning/this summer in the city of eyes/that’s what’s making me cry,” Gallego sings in impressionistic harmony with Braaten.

Audience of Summer is, as Gallego puts it, “a document of where I was before things changed permanently and abruptly.” It is a record about the relentless march of time and how we try to make sense of it, and the vulnerability that comes with moving forward. “I feel a personal affection for myself growing as a person and as an artist as I made this,” Gallego says of these songs. Listen to Audience of Summer and you’ll feel that sense of affection, too.
- Sophie Kemp

Bandcamp Daily  your guide to the world of Bandcamp

Kari Faux drops off her deluxe album 'Lowkey Superstar' plus tunes by Shunaji and Samplelov.